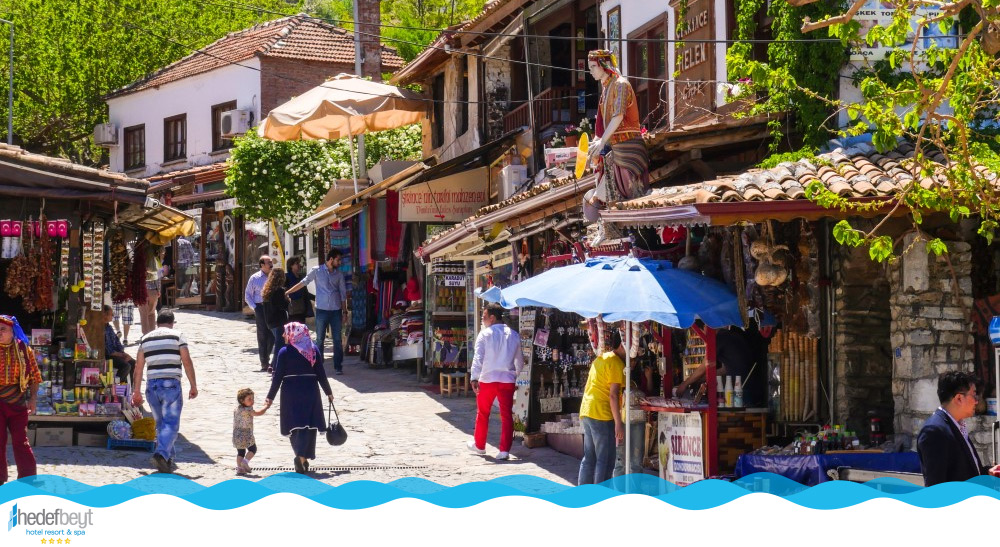 It is rumored that the original name Kirknca was given to forty people who hit the mountains in a legendary age. This name, which took forms such as Kirkice, Kirkince and finally Çirkince in Greek pronunciation, was formalized as Şirince in the first years of the Republic by the instruction of Kazım Dirik, the governor of İzmir at the time. In the 19th century it was a Greek town of 1,800 households, especially famous for the production of figs for export. With the departure of the Greeks as a result of the Turkey-Greece Population Exchange in 1923 (most of them settled in the Nea Efesos village of Katerini), it was settled by the refugees from the Müştiyan (Moustheni) and Somokol (Domatia) villages of Kavala. There are two Greek churches in the neighborhood that are in ruins. No house in Şirince blocks the view of the other. There is a high level of wine production in the village. The neighborhood has come to the fore on the grounds that it is a safe zone in the apocalypse, which will break out on December 21, 2012 according to the Mayan calendar. On 21 December 2012, approximately 150 police and gendarmerie units as well as 270 press members came to the region.