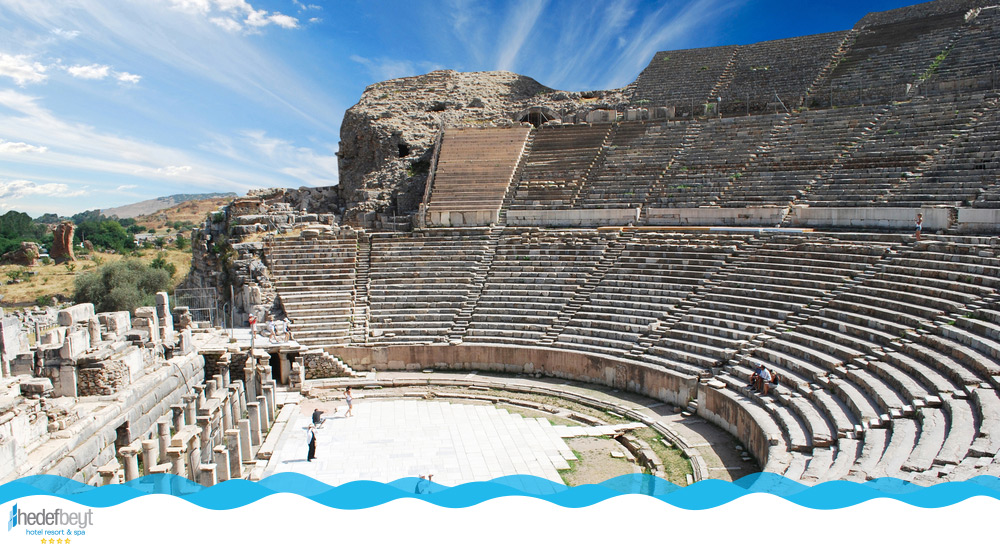 Ephesus (Greek: Ἔφεσος Ephesos) was an ancient Greek city, later an important Roman city, located on the western coast of Anatolia, within the borders of the Selçuk district of today’s Izmir province. It was one of the twelve cities of Ionia during the classical Greek period. Its foundation dates back to the Neolithic Age 6000 BC. Ephesus, which was included in the World Heritage Tentative List by UNESCO in 1994, was registered as a World Heritage Site in 2015. Since Ephesus has been relocated many times throughout its history, its ruins are spread over a wide area of about 8 kilometers. The ruins in four main regions as Ayasuluk Hill, Artemision, Ephesus and Selçuk are visited by an average of 1.5 million tourists a year.